We began our descent into madness, the madness of EHR, around April of 2013. We were informed that the EHR system would go live on July 22, so all vacations would be cancelled. That was the first thing that turned me against the EHR system (as the cancellation of vacation was vocalized by one of the EHR staff – some called her Attila).

We received a crash course in navigation, use, and programming of the EHR. The programming bit was necessary as the dev team was going to have to customize the system to meet our company’s needs. The sad part is the programming training spent way too much time teaching us how to stylize the forms. Pretty much a waste of time, if you ask me, as their (EHR) forms all look like their head designer was a school child who had just learned cursive writing, but wasn’t confident using it. It was during this time of training that we heard things like, “That’s just awesome!” and “I’ve never seen that before.” These referring to the rock solid performance of this magnificent EHR machine. When asking how to fix these awesome issues, we were told to shut down the program and restart it. That became our official mantra during training and thereafter.

Blah, blah, blah, fast forward to a telephonic conference we had with the bigwigs of the EHR company the other day. Our billing manager had pieced together a list of issues with the system as it still was not billing properly. The main guy at the EHR company feigned ignorance, and wanted to know why someone had not told him about it/called him. Everyone assured us that, on the whole, all their customers were happy with their system, and that they have not received negative feedback. Seriously? I wonder where our negative feedback will be documented?

To be fair, I have researched EHR’s, and in general, not many people are really happy with their EHR. The consensus is all EHR’s suck. If you don’t believe me, google it. Oh, and in spite of its clunkiness, lack of data entry safeguards, etc., I’m not wholly at odds with the system. To explain, after a while a farmer grows used to the fragrance of the farm. However, a clinician once told me that using the EHR is like “trying to teach a schizophrenic off his meds to do two simple tasks.”

To illustrate some of our feelings about the EHR, below is a picture generated by some of the IT and QI folk. 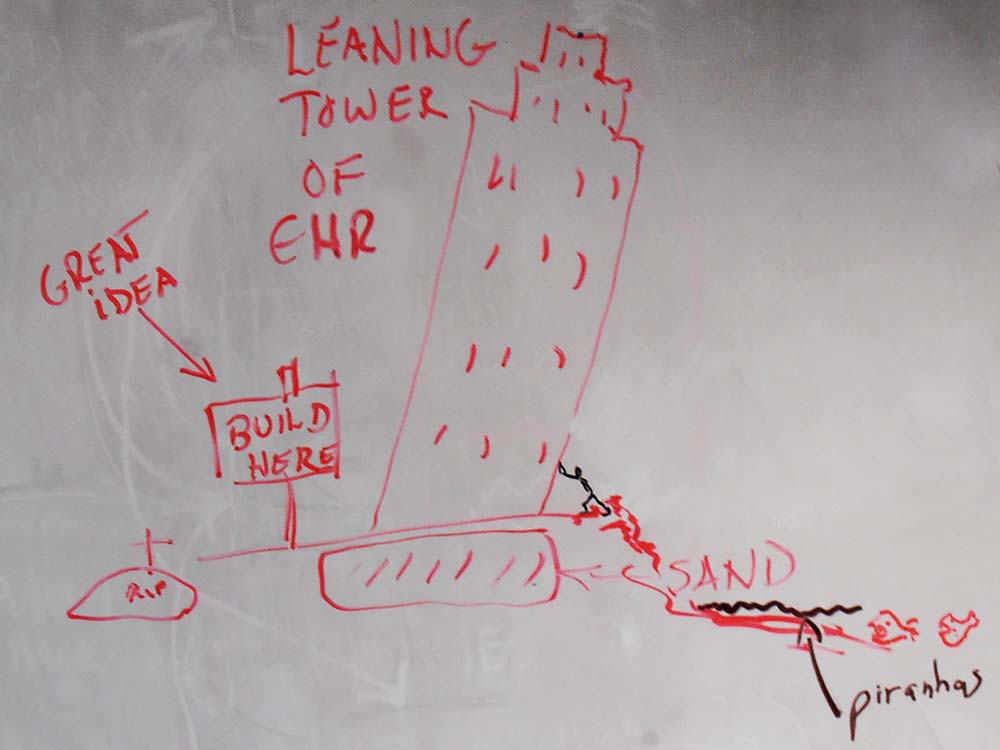 Note: The image was photoshopped to protect the innocent. It has been modified ever so slightly to remove the EHR name (hint, begins with an ‘E’).

Anyway, I think the image pretty much speaks for itself, but will fill in the holes:

Personally, I think there should be bodies falling from the tower, plummeting to their demise (see piranha) as this implementation, and subsequent use, has taken a lot of souls. Sometimes, though, enough is enough.

I was done with the story, but one of my workmates suggested I add the image below. It also shows how we feel about our EHR system. Nothing needs to be said about this one except maybe, “EHR on, Garth!” 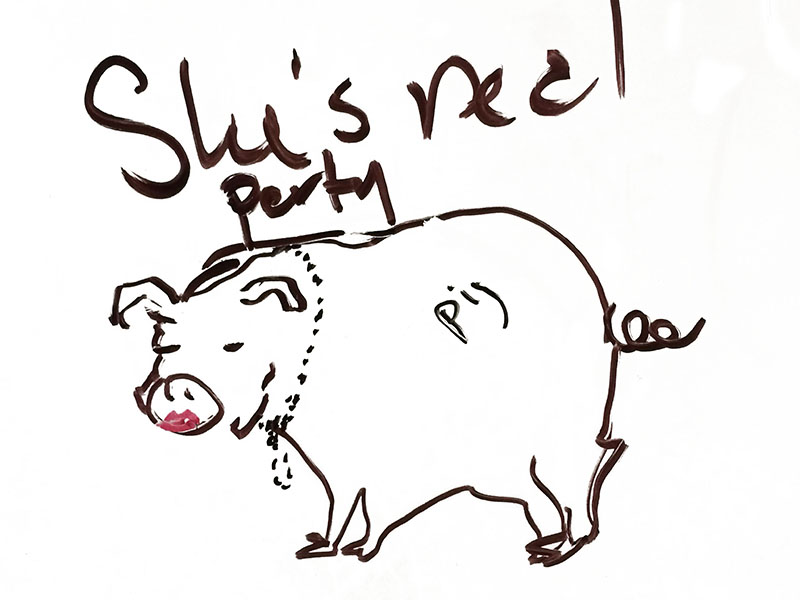