Trigger Block Logic Or Why I Learned To Love Outlines

As a child they tried to teach me many things that I resisted learning. How could this possibly be useful was my first question? That, and the fact that their rigid teaching methods didn’t consider learning a concept enough, caused me to relearn many things, on my own, after the fact. One of those things was the value of an outline. I won’t lie and say that I always make outlines, far be it from that, but sometimes it’s invaluable.

Take, as an example, something I worked on (fairly recently) at a previous job. The fact that the specifications of the request changed daily (sometimes several times a day), and something that started out as fairly simple grew to something not as simple, had little to do with the fact that I could not completely wrap my mind around some of the logic that was needed to produce a trigger (for MSSQL) that gave the desired outcome. Anyway, I soon realized that a block diagram (an outline of sorts) was needed. Hence the image: 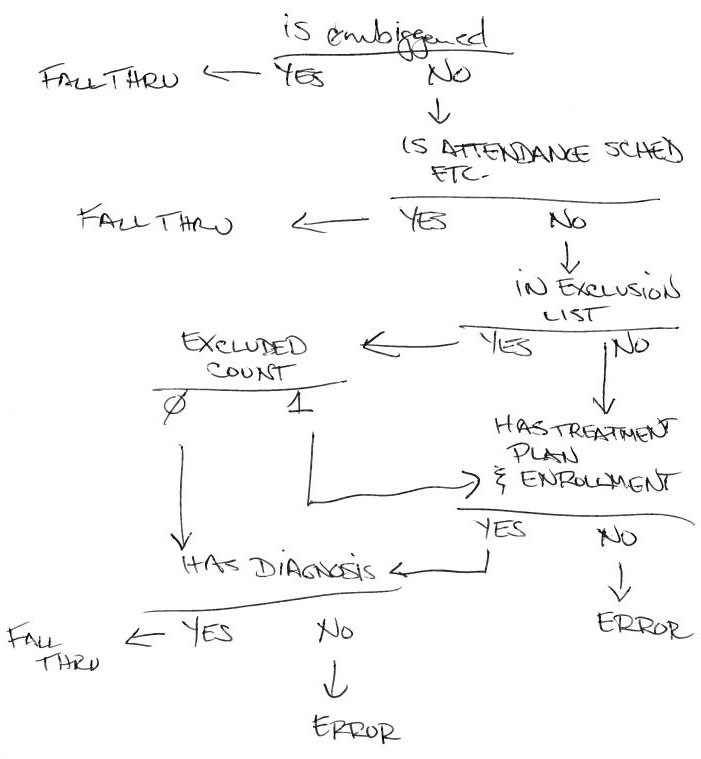 With things broken down into logical blocks that I could see, as opposed to trying to keep everything in my mind, made programming the trigger so much easier. Not only that, but it had the side effect of making it easier to explain to others (the requestor, fellow devs, etc.) how it worked.

So, outlines are useful after all.